Originally from a film production background, I'm a business professional with over 15 years of experience in artist and event management.

Looking for someone to realise your next event?

Looking for advise on your artistic career or brand?
Or for someone to handle your next tour?

I had worked alongside Canadian performer, label owner and music producer Richie Hawtin since 2007, when his label “Minus Records” moved to Berlin. 2007 to 2011 I helped put the new German company on its feet, opened their web shop, looked after much of Hawtin’s PR and online profiles, and spearheaded the Plastikman Live world tour as Project Manager and Tour Manager.

2012 I solely advanced and tour managed the first ever CNTRL bus tour, touring North American colleges with some of the biggest names in electronic music. The 21-day tour stopped in 17 cities and comprised two tour busses, 19 crew members, a rotating roster of artists and two events (a college lecture and a club event) per destination.

End of 2013 Richie Hawtin and his manager and IMS/Bestival co-founder Ben Turner invited me to form the Extend Artist Agency GmbH and work on all Hawtin events and bookings worldwide, cooperating with David Levy at WME and Paul Morris at Paradigm. As managing partner of Extend Artists I worked with and learnt from some of the most influential figures in electronic music.

In April 2017 I decided to close my agency and take a break from the intensity of the industry. Since then I have completed my Bachelor Professional in Business, and extended my career as freelance event manager in the field of corporate events. I also enjoy mentoring and coaching upcoming artists, and continue to keep a foot in the industry as Artist Relations Manager for Native Instruments’ TRAKTOR product line.

I started my professional career 1998 in the film industry as production assistant, followed by a successful career as one of Germany’s youngest camera assistants.

Today I continue to apply these skills in event production, streaming events and photoshoots. 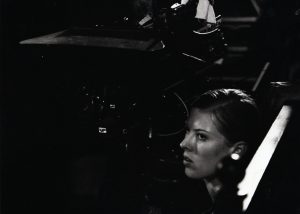 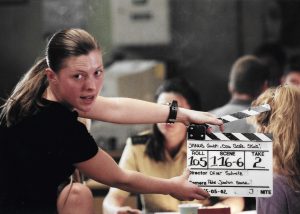 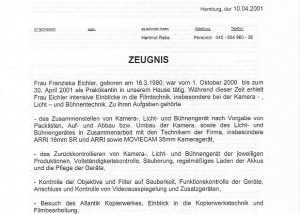 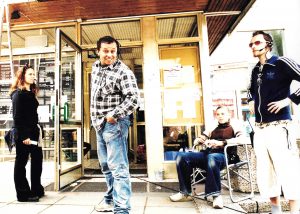